How To Trade Using Market Sentiment 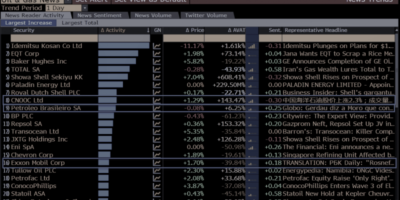 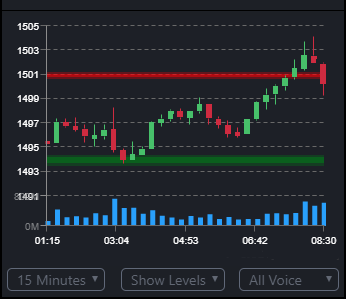 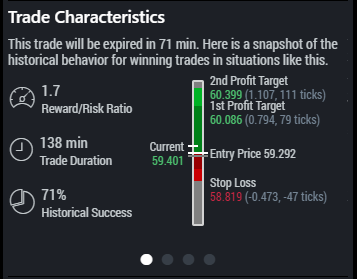 How to properly use the trade ideas

Let’s consider a recent case example. Boris Johnson, the Prime Minister of the United Kingdom was diagnosed and tested positive for the Corona Virus on March 27th. Soon on April 5th, he was admitted to a hospital for intensive care as he was showing the symptoms. By April 9th, he was moved out of intensive care. However, during that time period and after while he was recovering the situation had been rapidly changing with unclear updates. This was because there is no clear way to handle the death of a prime minister in their laws. This news can heavily impact market sentiment, particularly when concerning investments tied with the UK as this event has put the government in a precarious position due to the uncertainty of the situation and where power and policies will lie in the potential case of Prime Minister Johnson’s death. The Risk-On and Risk-Off tool will allow for traders to gauge the situation more reliably (in real-time) without the media impacting their viewpoint on the leader’s situation.

The RORO (Risk-On\Risk-Off) shows market sentiment for each asset class which can be really beneficial for trading and figuring out when to pull money from investments or invest in certain instrument in order to trade with market sentiment. Risk-on refers to the Risk-on Market. A Risk-on Market is when risk is perceived as low and traders tend to engage in high-risk trades. Therefore, there is typically an increase in the stock market and the demand for high yielding currencies. On the other hand, Risk-off refers to the Risk-off Market. A Risk-off Market is when risk is perceived as high. Therefore, traders tend to engage in low-risk trades which means that investors pull money from stocks and sell high-yielding currencies. During this time period, treasury bonds became a popular investment.

The image below is a screenshot taken from BetterTrader.co’s Risk-on and Risk-off feature during April 2020 during the Corona Virus Pandemic when Boris Johnson was admitted in the hospital.

With our 24/7 news cycle world, the features of Better Trader helps traders to evaluate situations based on data. As you can see from this case example, this feature is very applicable to many situations and can be used on a daily basis to monitor the mood in the markets. Utilizing exclusive features such as risk-on/off allows you to gain perspective on the factual view of the market’s status.

Get started with a 7-day free trial.

How to properly use the trade ideas

We believe that traders need an edge that can be gained by statistical analysis.

The way we accomplish that is by running statistical models in real-time and helping you to make the right decisions in real-time.

See how customers use BetterTrader.

DISCLAIMER PERTAINING TO INVESTMENT ADVICE: Please note, BetterTrader is a technology company. Do not take the opinions expressed explicitly or implicitly in this communication as investment advice. The opinions expressed are our own and are based on statistical data analysis. Past performance does not guarantee future success. In addition, the assumptions and the historical data based on which an opinion is made could be faulty. All results and analyses expressed are hypothetical and are NOT guaranteed. All Trading involves substantial risks. Leverage Trading has large potential rewards but also large potential risks. If you are not an investment professional please consult one before risking capital.
Statistically back-tested trading ideas are generated by BetterTrader's own proprietary artificial intelligence algorithms.